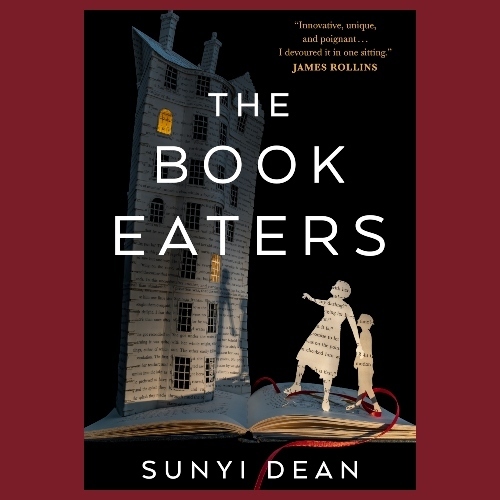 Oblong Books and The Country Bookshop present Sunyi Dean in conversation with Paul Tremblay for The Book Eaters (Tor Books)!

The event will be held on Tuesday, August 2nd at 6pm.

This is a virtual event via Zoom and registration is required.

Truth is found between the stories we're fed and the stories we hunger for. Out on the Yorkshire Moors lives a secret line of people for whom books are food, and who retain all of a book's content after eating it. To them, spy novels are a peppery snack; romance novels are sweet and delicious. Eating a map can help them remember destinations, and children, when they misbehave, are forced to eat dry, musty pages from dictionaries. Devon is part of The Family, an old and reclusive clan of book eaters. Her brothers grow up feasting on stories of valor and adventure, and Devon--like all other book eater women--is raised on a carefully curated diet of fairy tales and cautionary stories. But real life doesn't always come with happy endings, as Devon learns when her son is born with a rare and darker kind of hunger--not for books, but for human minds.Sunyi Dean is an autistic author of fantasy fiction. The Book Eaters is her debut novel. Originally born in the States and raised in Hong Kong, she now lives in Yorkshire with her children. When not reading, running, falling over in yoga, or rolling d20s, she sometimes escapes the city to wildswim in lonely dales.

Paul Tremblay has won the Bram Stoker, British Fantasy, and Massachusetts Book awards and is the author of The Pallbearers Club, Survivor Song, Growing Things, Disappearance at Devil’s Rock, and A Head Full of Ghosts. His novel The Cabin at the End of the World is being adapted as a major motion picture directed by M. Night Shyamalan. His essays and short fiction have appeared in the Los Angeles Times, Entertainment Weekly online, and numerous year’s-best anthologies. He has a master’s degree in mathematics and lives outside Boston with his family.