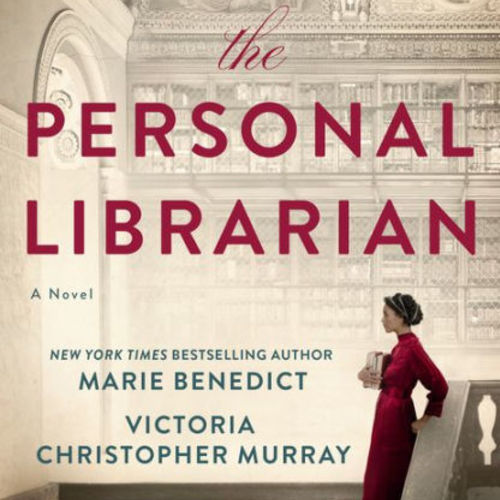 Copies of The Personal Librarian can be pre-purchased on our website. Books will be available June 29th.

The Personal Librarian tells the true story of Belle de Costa Greene, whose magnificent life has gone largely unnoticed. Hired by J.P. Morgan in 1905 to serve as his personal librarian, and creator of the Morgan Library's famous manuscript collection, she became one of the most powerful people in the art world, and one of history's most prominent librarians.

But Belle was hiding a secret: she was shielding her Black identity and "passing" for white.

This is not your everyday historical fiction novel. The Personal Librarian secures Belle the place in history she deserves - spotlighting her luminous career and highlighting her immense achievements, while also sharing her secret and personal inner world in a setting that would have been hostile towards her if her identity was revealed.

In its glowing starred review, Booklist said, "Every element of this blockbuster historical novel is compelling and revelatory, beginning with the bedazzling protagonist based with awestruck care on Belle da Costa Greene.... Benedict and Murray do splendidly right by Belle in this captivating and profoundly enlightening portrayal."

Even while writing this novel, Benedict and Murray found themselves profoundly changed by Belle's story. As they researched, edited, and discussed the issues of Belle's time, they forged a friendship both women describe as transformative.

Marie Benedict is a lawyer with more than ten years' experience as a litigator. A graduate of Boston College and the Boston University School of Law, she is the New York Times and USAToday bestselling author of The Only Woman in the Room, The Mystery of Mrs. Christie, Carnegie's Maid, The Other Einstein, and Lady Clementine. All have been translated into multiple languages. She lives in Pittsburgh with her family.

Victoria Christopher Murray is one of the country's top African American contemporary authors with more than one million books in print. She has written more than twenty novels, including the Seven Deadly Sins series and Stand Your Ground, a Library Journal Best Book of the Year. She holds an MBA from the NYU Stern School of Business.