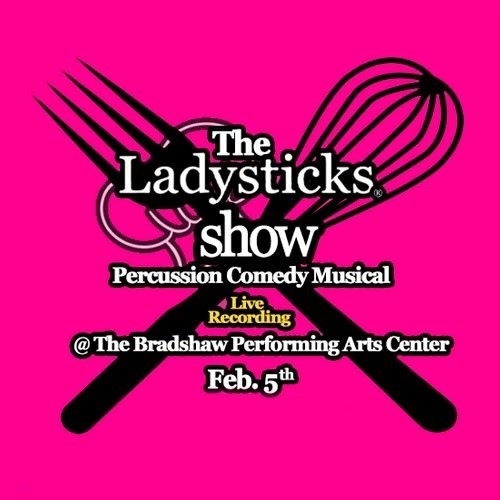 TICKETS AT THE DOOR WILL BE $20

From HOKE TO HOLLYWOOD, HOLLYWOOD to SINGAPORE , MAYLASIA, TOKYO, MEXICO, THAILAND plus countless other stages from the U.S. to China... "LADYSTICKS IS A SPOT-ON AUDIENCE READER & COMMUNICATOR!"

THE LADYSTICKS SHOW is finally making its first appearance in North Carolina. A live cooking musical show like nothing you've seen on reality TV. The first half of the show is nothing you could have anticipated. The audience is intrigued with the menu and on the edge of their seats in awe of the modern-day Charlie Chaplin dialogue with a North Carolina twist.

Although featured guest performances are showcased from the beginning to the end of the musical; the second half of the show is packed with surprises the audience will thoroughly enjoy. Even seasoned or up and coming musicians from the audience eagerly anticipate the opportunity to thrill the crowd.

After completing studies in North Hollywood, California and performing to enhance and polish instrumental skills on various stages throughout the west coast, The Ladysticks' Show was birthed and released in 2009 in Singapore. It was later a featured performance in Sandusky, Ohio at Cedar Point.

THE LADYSTICKS' SHOW is now open to the public. Do not miss your chance to see why this live show is a Hit.

GRAB the KIDS, Tell your friends and bring them to this Awesome Show.