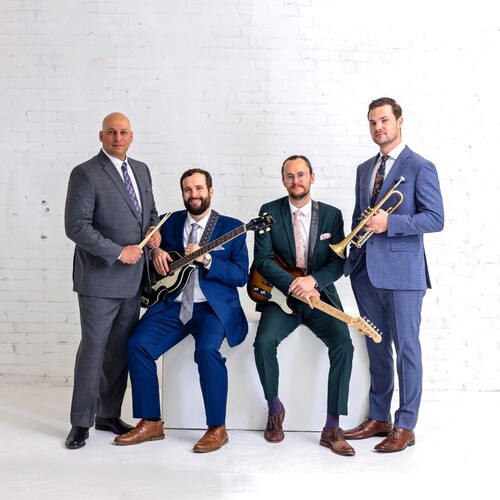 "The Four Freshmen have endured because they are tops in their class." --Charles Osgood, former CBS News anchor

Singing with a harmony uniquely their own, The Four Freshmen have enamored listeners world-wide for years, while gaining recognition as one of the most influential vocal groups of all time. Their tight-knit sound inspired The Beach Boys’ Brian Wilson, The Mamas & The Papas, Frankie Valli and the Manhattan Transfer.

It all started in 1948, when four college freshmen crafted a unique style of vocal harmony that soon caught the ear of the great bandleader Stan Kenton. Kenton was responsible for bringing the Freshmen to Capitol Records, where they would eventually record 23 albums, thrusting them into the national spotlight.

The Freshmen have recorded over 75 albums, 70 top selling singles, and received 6 Grammy Nominations. The four have toured constantly since their inception,continuing to perform to sold out audiences around the globe. The integrity of the sound created by the original guys has been meticulously maintained.

While paying tribute to such classic Freshmen favorites as “Day By Day” and “Blue World,” the current group also continues to bring new arrangements to their live shows and recordings. In concert The Freshmen shine on brand new arrangements of “Come Fly with Me” and “I Ain’t Got Nobody ”. And one can’t forget the toe tapping “Route 66”. As four amazing musical talents, their show is one not to be missed! Their youth, vitality, and talent adds a modern twist of elegance to a time-honored sound. The Four Freshmen are Great Gentlemen of Song and True Masters of Harmony.

“Unisons, harmonies, open voicings, movable inner parts—all so beautiful and so, so modern. The Four Freshmen of today are as good as the band during the Ken Albers days. ... the Four Freshmen are still making great music.” --Tim Hauser The Manhattan Transfer

“Long live The Four Freshmen. May they never graduate!” --The Wall Street Journal