Sisters of Slide with Rory Block and Cindy Cashdollar

Sisters of Slide with Rory Block and Cindy Cashdollar 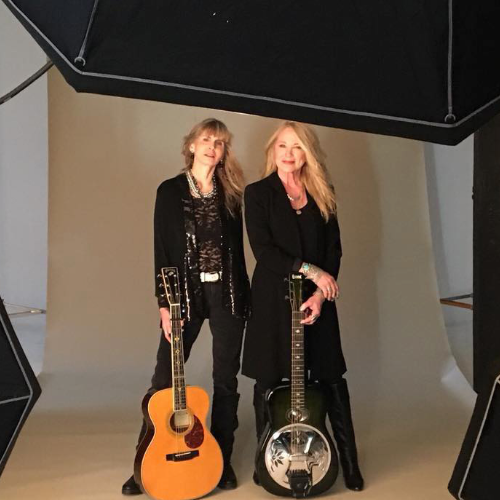 Good 'ol Boys be gone! These ladies will soon slide into town for some world class slide guitar blues.

Internationally acclaimed blues artist Rory Block has committed her life and her career to preserving the Delta blues tradition and bringing it to life for 21st century audiences around the world. A traditionalist and an innovator at the same time, she wields a fiery and haunting guitar and vocal style that redefines the boundaries of acoustic blues and folk. She has won 5 Blues Music Awards, been heralded as “a living landmark” by the Berkeley Express, “a national treasure” by Guitar Extra, and “one of the greatest living acoustic blues artists” by Blues Revue. The New York Times declared: “Her playing is perfect, her singing otherworldly as she wrestles with ghosts, shadows and legends” and the Blues Foundation stated: “Today she is widely regarded as the top female interpreter and authority on traditional country blues worldwide.”

Dobro, steel guitar and lap steel player Cindy Cashdollar’s career has taken some surprising twists and turns that have led her to work with many leading artists in various genres; including Ryan Adams, Bob Dylan, Van Morrison, Dave Alvin, Rod Stewart, Albert Lee, Asleep At The Wheel, Marcia Ball, Jorma Kaukonen, Leon Redbone, BeauSoleil, Daniel Lanois, Redd Volkaert, & Peter Rowan. Cindy’s unerring ability to perfectly complement a song or step out with a tasteful, imaginative, and exciting solo – and to do it in so many musical genres – has made her one of the most in-demand musicians on the American roots music scene.