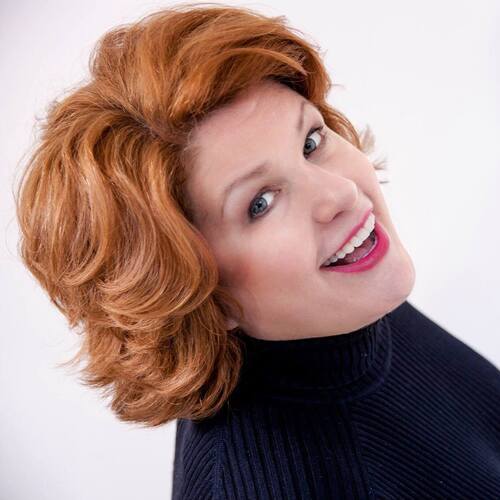 Everything The Traffic Will Allow, Klea Blackhurst’s award-winning and critically acclaimed tribute to Ethel Merman took New York by storm and has continued to wow audiences and critics alike nationwide ever since.  Accompanied by Musical Director, Michael Rice on piano, Klea brings bright new interpretations of Merman’s signature songs such as “I Got Rhythm,” “Everything’s Coming Up Roses” and “There’s No Business Like Show Business,” as well as rarely performed obscurities including “Just A Moment Ago,” “I’ve Still Got My Health,” and “World Take Me Back.” Join us to experience Klea’s crackling wit and powerful vocals as she performs her brilliant, savvy valentine to one of American theater’s greatest stars.

Also: join us for Klea's Master Class! She'll be teaching musical theatre performance the next day (September 30) and you can join as a participant (get ready to sing!) or an observer. It's a separate event here on TicketMeSandhills:

“Klea Blackhurst is engaged, trained and talented enough to give us wonderful intimations of Merman the performer without being crushed by her. And she is smart enough and a good enough writer to turn the story of Merman’s star power into a folk tale. We were watching a real talent, a performer we knew could delight us without ever singing a note that had once been commandeered by Ethel Merman. We were not in thrall to the past: we were watching an interpretation of it that turned into something new.”

“Blackhurst is a huggable performer with a positive attitude, a sunny voice and a refreshing sense of humor. Merman would be proud of the tribute. One can almost hear her encouraging words from the wings, ‘Sing out, Klea!’”

“Blackhurst brings down the house using her rich Midler-esque voice to terrific effect. A smart, funny tribute….Brava, Klea – this is one helluva show!” --Time Out New York

“Pauline Kael once wrote that it takes a star to play a star. If that’s true, then Klea Blackhurst is a star…Make no mistake here: This is a career making turn!” --Village Voice

“Klea Blackhurst’s show was a powerhouse of energy and intelligence. It just blew you away.” --Time Out New York

“An ebullient tribute with a fresh musical perspective……Klea Blackhurst brings out a Merman trait that many overlook: her jovial sense of swing.” --Stephen Holden, New York Times

BPAC does not censor performances or make any guarantees of show content. We encourage parents to use their discretion when deciding if a show is appropriate for their child. This performance may contain strong language.