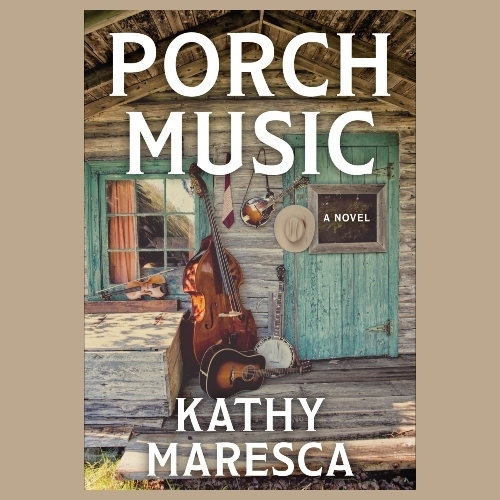 North Carolina author Kathy Maresca will be at The Country Bookshop on November 29th at 6pm to talk about her new book Porch Music.

All sixteen-year-old Rose has is what she carries: a pillowcase of clothes, her boyfriend's unborn child, and a heart full of shame. In the face of 1952's strict moral code, Seminole matriarch Ma-Ki Ebbing embraces Rose. Ma-Ki, on the fringe of society, clings to her Native American traditions and secrets surrounding her husband's murder while her adult children unravel from social injustice.

When Ma-Ki's children were young, Burl Ebbing approached a wealthy, powerful man who had sexually abused his children. The villain shot Burl's heart right out of him. Twenty years later, Ma-Ki fears that her children will avenge their father's death and refuses to disclose the criminal's identity. The Ebbing women band together, marching through a chorus of grit and grind to unite a family once rendered powerless by a people who invaded their land. Will the tragic death of one of her daughters cause Ma-Ki to identify the villain and embrace Rose's newfound faith?

A native Floridian, Kathy Maresca grew up with a grandmother of Native American heritage. Kathy served in the Air Force, at the Academy cadet chapel and then at a special operations command. She edited for the University of Florida and taught English, journalism, and drama. Kathy later earned a master's degree and became credentialed as a rehabilitation counselor, helping people who have cranial nerve disorders. Kathy has been a Guardian ad Litem and a volunteer for a prison fellowship ministry. She lives in North Carolina with her husband, Keith. They enjoy traveling and spending time with their toy fox terriers.