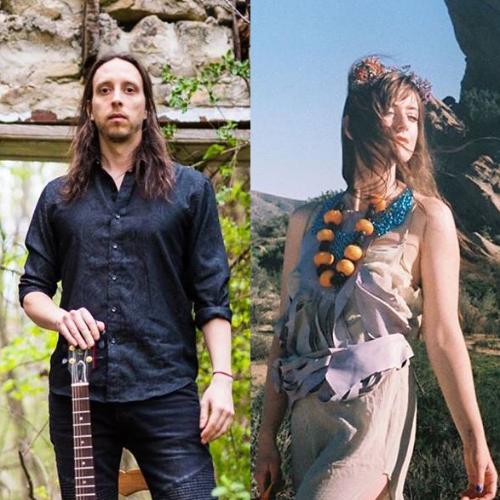 ​A musician born and raised in North Carolina, John Westmoreland has been performing professionally for over a decade. He began playing blues, rock, and folk music as a teenager and went on to study Jazz and Classical Composition at Berklee College of Music where he was a recipient of the BEST scholarship.

In 2011 he became a founding member and lead guitarist for the West-African fusion band Diali Cissokho & Kaira Ba, who In 2014 received a nomination for "Best African Group" by AFRIMA(the all africa music awards). As a solo performer and songwriter John plays his own original songs, as well as unique arrangements of popular music and folk music. His musical style combines elements of Folk, World Music, Jazz, Blues, and Classical into an organic and rich tapestry of sound. Outside of traditional performance contexts, John has a passion for exploring how music can facilitate deep relaxation and healing. He regularly provides music for yoga classes and meditation, relaxation music sessions for people with Alzheimers and Dementia, and also performs as part of UNC Hospital’s Door to Door music program. He's been a past recipient of the Emerging Artists Grant from the Durham Arts Council, through which he travelled to Peru to study "Icaros", a style of shamanic healing music from Amazonia. Last year John formed a new group called WESTMORELAND, a band that features an eclectic line up of seasoned musicians. The group performs the original music written by John featured on the forthcoming album "Cast Fire." Currently John is also embarking on a new project to revive the music and poetry of "T-Bone Slim" the legendary hobo songwriter and poet who's songs were an inspiration for the Surrealist Movement and the Civil Rights Movement.

Gudasz studied theater and creative writing at the University of North Carolina, then stuck around in Chapel Hill and Durham post-college after connecting with some of the area’s most promising young musicians. Early work with the likes of producer Jeff Crawford (Old Ceremony) and bassist Casey Toll (Mount Moriah) resulted in the 2011 EP “Two Headed Monster” and a follow-up of B-sides. Together, they served notice of a major new voice in the N.C. Triangle’s music community. It didn’t take long for renowned Chapel Hill producer Chris Stamey to also be drawn to Gudasz’s flame. Shortly after his ambitious Big Star Third collective began playing tribute concerts to the legendary Southern pop band at special events around the country and overseas, he brought Gudasz aboard, introducing her to a cast that included Big Star drummer Jody Stephens, R.E.M.’s Mike Mills and the Posies’ Ken Stringfellow.

Back home in North Carolina, Gudasz began recording new material that would become “Oleander.” From bare-bones demos of songs written mostly on piano, she and Stamey gradually added strings, horns, winds, guitars and percussion to many tracks, tailoring the arrangements to the material while taking great care to leave the emotional core intact.

A key figure in that leap forward was Stamey, who describes Gudasz as “a triple threat — a skilled singer, composer, and lyricist — with a background in both classical and pop music.” In the studio, he sought to capture her performances as directly as possible: “She took a deep breath, then played and sang her heart out.” The result is “a very honest portrayal” of the artist, Stamey says. “This record doesn't shout at you, like those radio divas; it reveals itself best in the wee small hours of the morning. If you make a space for it, it will reach out to you.”