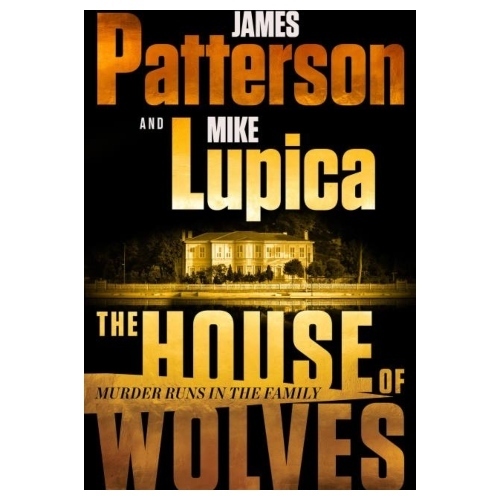 Yes, you read that correctly!! James Patterson will be returning to Southern Pines on January 10th but this time, he won't be alone. Author Mike Lupica will be joining him to talk about their book House of Wolves.

The event will be held at Owens Auditorium in the Bradshaw Performing Arts Center at Sandhills community College on Tuesday, January 10th at 6:30pm.

Each ticket will include a pre-signed copy of the book.

Jenny Wolf’s murdered father has left her in charge of a multi-billion-dollar empire—a newspaper, a football team, a holding company . . . and a family that makes Succession's Roys and Yellowstone’s Duttons seem tame.

The Wolfs, the most powerful family in California, have a new head–thirty-six-year-old former high school teacher Jenny Wolf. That means Jenny now runs the prestigious San Francisco Tribune. She also controls the legendary pro football team, the Wolves. And she hopes to solve her father’s murder. The most suspenseful family story since Succession or Yellowstone.

James Patterson is the world’s bestselling author. The creator of Alex Cross, he has produced more enduring fictional heroes than any other novelist alive. He lives in Florida with his family.

Mike Lupica is a veteran sports columnist—spending most of his career with the New York Daily News—who is now a member of the National Sports Media Association Hall of Fame. For three decades, he was a panelist on ESPN’s The Sports Reporters. As a novelist, he has written seventeen New York Times bestsellers, the most recent of which was The Horsewoman, his first collaboration with James Patterson.