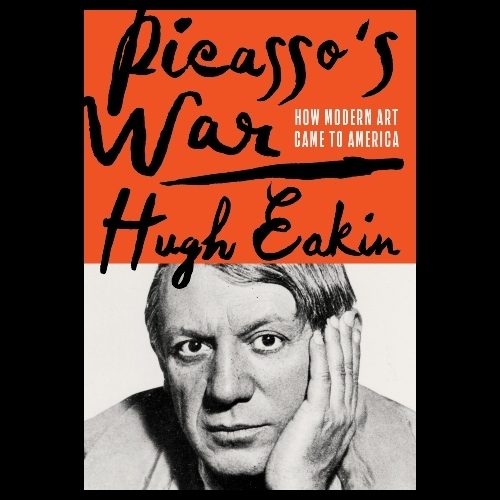 The Country Bookshop's Kimberly Daniels Taws will be in conversation with author Hugh Eakin on Wednesday, July 13th to talk about his book Picasso's War.

This will be a virtual event starting at 1pm. Each ticket will include an autographed copy of the book.

Today we think of New York as the center of the twentieth century art world, but it took three determined men, two world wars, and one singular artist to secure the city’s cultural prominence. Pablo Picasso was the most influential and perplexing artist of his age, and the turning points of his career and salient facets of his private life have intrigued the world for decades. However, the tremendous feat of winning support for his art in the U.S. has long been overlooked—until now.

In Picasso's War: How Modern Art Came to America, journalist Hugh Eakin details the never-before-told story of how a single exhibition, years in the making, finally brought the 20th century’s most notorious artist U.S. acclaim, irrevocably changed American culture, and in doing so saved dozens of the twentieth century’s most enduring artworks from the Nazis.

Hugh Eakin, a senior editor at Foreign Affairs, has written about museums and the art world for The New York Review of Books, Vanity Fair, The New Yorker, and The New York Times.