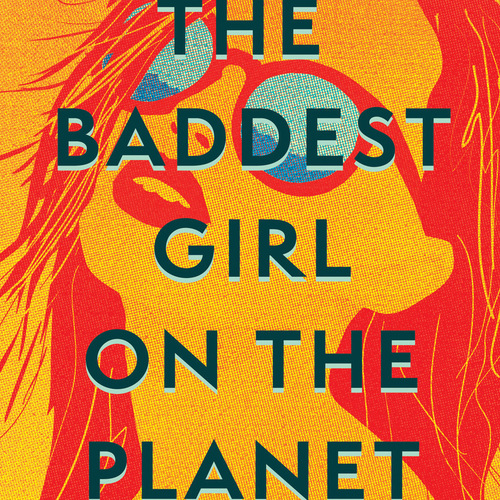 Set on Hatteras Island, NC with a charming protagonist who happens to make mistakes at every turn, this is a perfect pick for book clubs or a strong addition to your beach read pile!

Join us for the conversation surrounding Heather Frese's debut novel, The Baddest Girl On The Planet.

The virtual event is Free but registration is required to receive the link and passcode.

Copies of The Baddest Girl on the Planet can be purchased at the bookshop or on our website.

About the BookEvie Austin, native of Hatteras Island, NC, and baddest girl on the planet, has not lived her life in a straight line. There have been several detours -- career snafus, bad romantic choices, a loved but unplanned child -- not to mention her ill-advised lifelong obsession with Mike Tyson. This is the story of what the baddest girl on the planet must find in herself when a bag of pastries, a new lover, or a quick trip to Vegas won't fix anything, and when something more than casual haplessness is required. The Baddest Girl on the Planet is inventive, sharp, witty, and poignant. Readers will want to jump in and advise this baddest girl on the planet -- or at least just give her a shake or a hug -- at every fascinating turn. The Baddest Girl on the Planet is Blair's lead title for the fall and the most recent winner of the Lee Smith Novel Prize.About the AuthorHeather Frese's fiction, essays, and poetry have appeared in Michigan Quarterly Review, the Los Angeles Review, Front Porch, the Barely South Review, Switchback, and elsewhere, earning notable mention in the Pushcart Prize Anthology and Best American Essays. She received her master's degree from Ohio University and her M.F.A. from West Virginia University. Coastal North Carolina is her longtime love and source of inspiration, her writing deeply influenced by the wild magic and history of the Outer Banks. She currently writes, edits, and wrangles three small children in Raleigh, North Carolina.