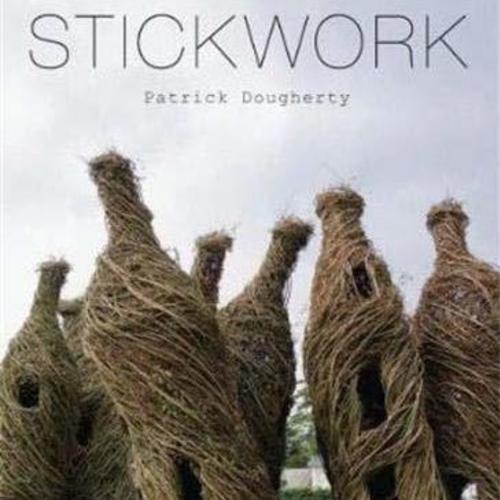 Presented by Weymouth Center for the Arts & Humanities

Patrick Dougherty will be signing copies of his book, Stickwork, featuring over 200 pages of photos, anecdotes, and insights into his methods and his art, which uses tree saplings as construction material. The Country Bookshop will be on site selling this Limited-Edition monograph.

Space is limited, registration is free and required for admission

His work quickly evolved from single pieces on conventional pedestals to monumental scale environmental works, which required saplings by the truckloads. Over the last thirty-some years, he has built over 300 of these works, and become internationally acclaimed. His sculpture has been seen worldwide -- from Scotland to Japan to Brussels, and all over the United States.