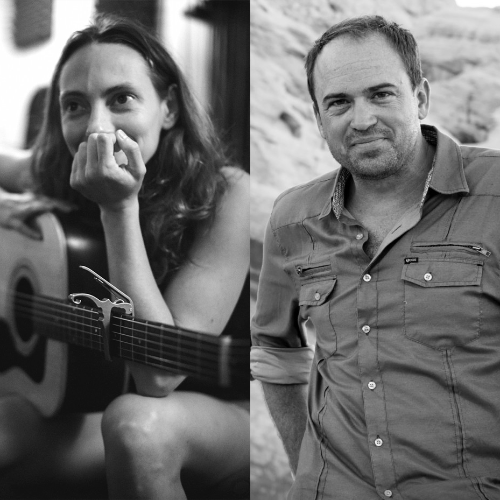 Gibson: Like romantic dust Drew Gibson's music draws on influence from the American days of country-blues and songwriters of the recent past. Since releasing his debut album “Letterbox” in 2007 the finger-style guitarist from Virginia has garnered attention from USA Today, The Washington Post, The Washington Area Music Association, RVA Magazine, and No Depression, for his intensely personal songs

and stagecraft as a live performing story-teller.

Gibson recently released his third effort entitled “1532.” The latest offering was born from the healing journey on which he embarked after the loss of his father on the Fourth of July 2012. "Fifteen Thirty-Two" traces stories of Gibson’s family from its roots in Scotland to the branches across Canada and the United States. The album was considered one of the top releases in 2015 by No Depression. In 2016, Drew began work on his fourth album entitled, "Shipbuilder," which will be released in early 2018.

On her new album, Not What I Seem, Dowd steps through the looking-glass of not just her own story, but others', as well, positing the notion that, sometimes, all any of us needs or wants is to feel heard and seen. But that hearing and seeing must be unburdened by judgment, if it is to be true. As the Sufi poet Rumi wrote, “Out beyond ideas of wrong-doing and right-doing, there is a field. I'll meet you there.” To arrive at this place, we must step outside of ourselves, through forgiveness, and into a space that is free from the shackles of shame.

Throughout this song cycle, Dowd takes those steps and tosses aside her own protective veil, so that she might finally know and share herself fully with the world around her. To do so, Dowd takes her cues from her Anthropology studies and zooms out to the bigger picture so that she might see all sides of the story.