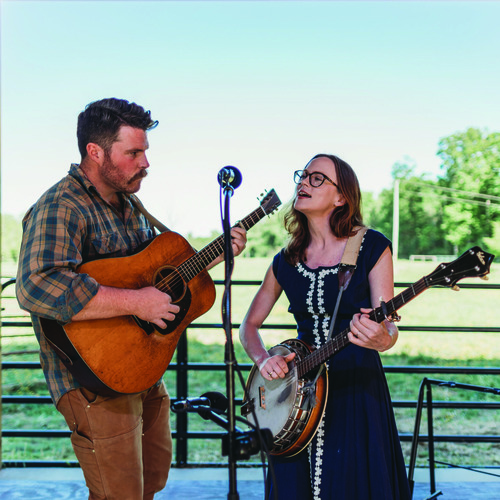 “That’s how their music feels: immediate, personal, available. They’re not purists. They’re not hip. They’re more than that: they’re North Carolina musicians, meaning they belong nowhere and everywhere at the same time.”

Chatham Rabbits exemplify North Carolina’s tradition of producing artists who embrace the state’s many cultural resources and diverse musical traditions. In their marriage and in their music, Chatham Rabbits’ Austin and Sarah McCombie also blend their own histories into a shared musical experience. Sarah first took the stage as part of a trio known as the South Carolina Broadcasters, a band that harkened back to the old days of the Grand Ole Opry and AM radio country classics. Meanwhile, Austin played keyboards and guitar for an electronic band called DASH. Given these histories, how would Chatham Rabbits describe their musical marriage? “We’re not purists,” Austin says.“ And we’re certainly not the hippest,” Sarah adds. “But we’ve been able to belong nowhere and everywhere at the same time,” Sarah says, and I would have to agree.

Chatham Rabbits are currently making a NEW TV Series with PBS-UNC, you can watch the trailer, HERE.