Chatham County Line Live In Concert at the CAMEO

Chatham County Line Live In Concert at the CAMEO 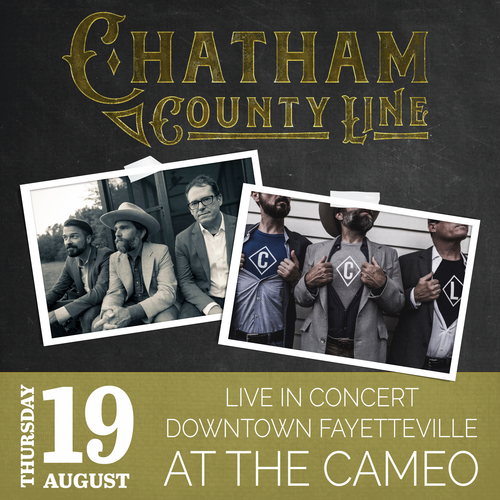 Chatham County Line has been a staple of the North Carolina music scene for over two decades. Embracing an all acoustic instrumentation and the modern songwriting of leader Dave Wilson the band has graced stages all across the U.S. as well as mainland Europe, Scandinavia, Ireland and the United Kingdom. With seven studio albums of original material to pull from, CCL has a sound all their own and a stage show to match. Songwriter, guitarist and vocalist Dave Wilson pulls tunes out of an ether that is inspired by a shelf bending collection of vinyl records from the 20’s to the 20’s. One listen to their all covers release “Sharing the Covers” [Yep Roc Records 2019] will give you an idea of those inspirations, with songs from the likes of Wilco and Beck shared with those of John Lennon, Tom Petty and John Hartford.