BATTLEGROUND - One Night Only

BATTLEGROUND - One Night Only 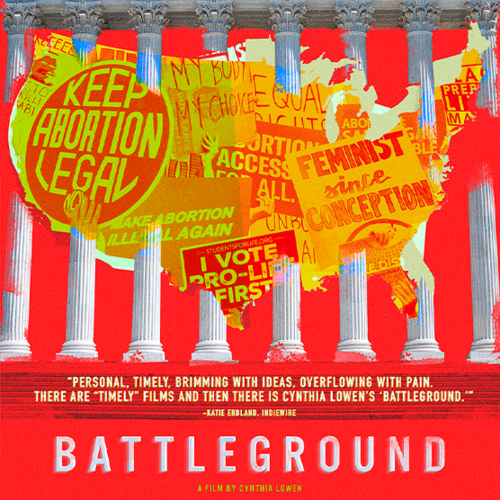 ‘Battleground’ is an urgently timely window into the intersection of abortion and politics in America, following three women who lead formidable anti-abortion organizations to witness the enormous influence they wield. As the nation faces the end of Roe, the film also depicts those on the front lines of the fierce fight to maintain access.

Who are anti-abortion people? What are they driven by, how do they operate and what are their goals? 'Battleground' gets inside the anti-abortion movement as never seen before to answer these questions, with many surprises: they are women, young people, even Democrats. With close access, the film shows how the anti-choice movement is strategizing and organizing, and their determination to overturn Roe at any cost. As their power and influence propels the Supreme Court sharply right, and states race to enact unconstitutional abortion bans, the film also depicts those on the front lines of the fierce fight to maintain access.