An Afternoon with John Grisham

An Afternoon with John Grisham 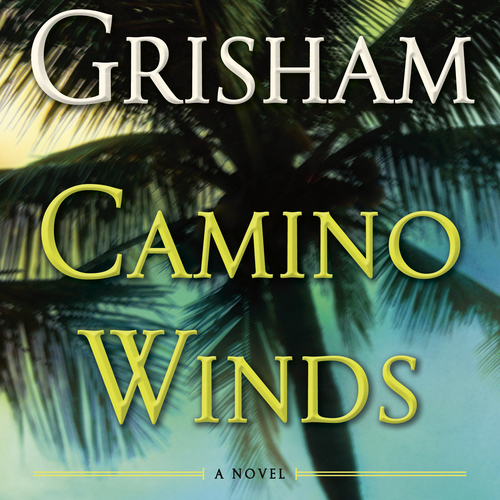 Join John Grisham and David Woronoff as they chat about writing, publishing, life and possibly their mutual love for baseball. Your ticket cost is applicable to a copy of Camino Winds or any book from The Country Bookshop.

This is a Zoom event with John Grisham in conversation with The Pilot Newspaper publisher, David WoronoffEach $5 ticket can be used as $5 toward a copy of Camino Winds or any other book from The Country Bookshop

At time of purchase you may enter a question to be used during the conversation.

John GrishamLong before his name became synonymous with the modern legal thriller, he was working 60-70 hours a week at a small Southaven, Mississippi, law practice, squeezing in time before going to the office and during courtroom recesses to work on his hobby—writing his first novel.

Born on February 8, 1955 in Jonesboro, Arkansas, to a construction worker and a homemaker, John Grisham as a child dreamed of being a professional baseball player. Realizing he didn’t have the right stuff for a pro career, he shifted gears and majored in accounting at Mississippi State University. After graduating from law school at Ole Miss in 1981, he went on to practice law for nearly a decade in Southaven, specializing in criminal defense and personal injury litigation. In 1983, he was elected to the state House of Representatives and served until 1990.

One day at the DeSoto County courthouse, Grisham overheard the harrowing testimony of a twelve-year-old rape victim and was inspired to start a novel exploring what would have happened if the girl’s father had murdered her assailants. Getting up at 5 a.m. every day to get in several hours of writing time before heading off to work, Grisham spent three years on A Time to Kill and finished it in 1987. Initially rejected by many publishers, it was eventually bought by Wynwood Press, who gave it a modest 5,000 copy printing and published it in June 1988.

That might have put an end to Grisham’s hobby. However, he had already begun his next book, and it would quickly turn that hobby into a new full-time career—and spark one of publishing’s greatest success stories. The day after Grisham completed A Time to Kill, he began work on another novel, the story of a hotshot young attorney lured to an apparently perfect law firm that was not what it appeared. When he sold the film rights to The Firm to Paramount Pictures for $600,000, Grisham suddenly became a hot property among publishers, and book rights were bought by Doubleday. Spending 47 weeks on The New York Times bestseller list, The Firm became the bestselling novel of 1991.

The successes of The Pelican Brief, which hit number one on the New York Times bestseller list, and The Client, which debuted at number one, confirmed Grisham’s reputation as the master of the legal thriller. Grisham’s success even renewed interest in A Time to Kill, which was republished in hardcover by Doubleday and then in paperback by Dell. This time around, it was a bestseller.

Since first publishing A Time to Kill in 1988, Grisham has written one novel a year (his other books are The Firm, The Pelican Brief, The Client, The Chamber, The Rainmaker, The Runaway Jury, The Partner, The Street Lawyer, The Testament, The Brethren, A Painted House, Skipping Christmas, The Summons, The King of Torts, Bleachers, The Last Juror, The Broker, Playing for Pizza, The Appeal, The Associate, The Confession, The Litigators, Calico Joe, The Racketeer, Sycamore Row, Gray Mountain, Rogue Lawyer, The Whistler, Camino Island, The Rooster Bar, The Reckoning, and The Guardians) and all of them have become international bestsellers. There are currently over 300 million John Grisham books in print worldwide, which have been translated into 40 languages. Nine of his novels have been turned into films (The Firm, The Pelican Brief, The Client, A Time to Kill, The Rainmaker, The Chamber, A Painted House, The Runaway Jury, and Skipping Christmas), as was an original screenplay, The Gingerbread Man. The Innocent Man (October 2006) marked his first foray into non-fiction, and Ford County (November 2009) was his first short story collection.

Grisham took time off from writing for several months in 1996 to return, after a five-year hiatus, to the courtroom. He was honoring a commitment made before he had retired from the law to become a full-time writer: representing the family of a railroad brakeman killed when he was pinned between two cars. Preparing his case with the same passion and dedication as his books’ protagonists, Grisham successfully argued his clients’ case, earning them a jury award of $683,500—the biggest verdict of his career.

When he’s not writing, Grisham devotes time to charitable causes, including most recently his Rebuild The Coast Fund, which raised 8.8 million dollars for Gulf Coast relief in the wake of Hurricane Katrina. He also keeps up with his greatest passion: baseball. The man who dreamed of being a professional baseball player now serves as the local Little League commissioner. The six ballfields he built on his property have played host to over 350 kids on 26 Little League teams.

David WoronoffDavid Bagley Woronoff, 55, became president and publisher of The Pilot newspaper in Southern Pines, N.C. on July 1, 1996. The Pilot publishes twice a week with a paid circulation of 12,500 and was named the best community newspaper in the nation in 2002 and 2007 by the Inland Press Association and in 2015, 2016 and 2017 by the National Newspaper Association. The Pilot has transformed from a twice-weekly newspaper into a statewide media company during David’s 24 years at the helm.

David lives in Pinehurst with his wife, Adair. Between the two of them, the couple has five children: Jenna Woronoff (26), Freddie Woronoff (24), Frank Kenny (22), Mary Louise Kenny (20) and Boyd Kenny (15). David moved to the Sandhills from Charlotte, where he worked as the director of business development for Business North Carolina, a monthly magazine with a circulation of 30,000. Prior to moving to Charlotte, David did reporting stints at the Anniston (Al.) Star and the Greenville (SC) News. His newspaper career began at The News &amp; Observer where he worked for two years as a district sales manager in the circulation department. David graduated high school from Woodberry Forest School in Orange, Va. He holds a BA in English from the University of North Carolina at Chapel Hill, where he also completed the business school’s Young Executives Institute sequence. In 2008, David was honored with the United Way of Moore County’s Cornerstone Award for his service to the community. In 2015, he received the Kiwanis Club of the Sandhills’ Builders Cup Award for his 19 years of community service. In 2019, David was inducted into the North Carolina Journalism Hall of Fame. David was named president of the North Carolina Press Association in 2010 after serving six years on its board. He also served on the board of the Southern Newspaper Publishers Association. David was the first community newspaper publisher appointed to the 112-year-old organization’s board of directors. Aside from his work with industry-related trade associations, David serves currently on board of directors for: the University of North Carolina at Chapel Hill School of Media and Journalism, the UNC Press Foundation, the Roanoke Island Historical Association (The Lost Colony), Sandhills Community College Foundation, North Carolinians for Redistricting Reform, the Boys &amp; Girls Club (former chairman), FirstCarolina Care and Moore County Partners in Progress.