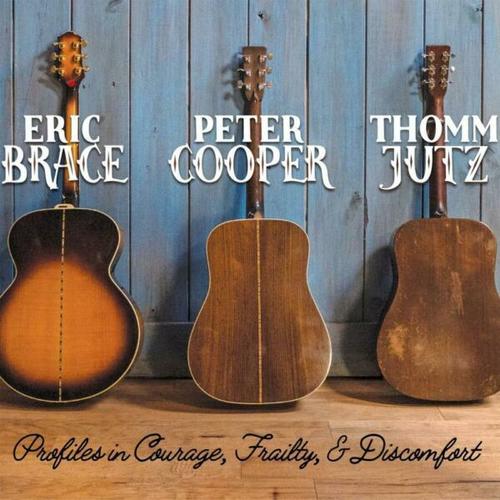 Eric and Peter have recorded and toured together for almost a decade now, and their last two albums were recorded in Thomm’s studio, with Thomm in the role as recording engineer, producer, guitarist, and harmony singer. Whenever they could, they’ve taken Thomm on the road, a sideman extraordinaire whose sublime flatpicking guitar style elevates anything Thomm weaves it into. But Eric and Peter knew that Thomm was also a world class songwriter, and they kept twisting his arm to take front-and-center during their shows and sing a few of his own compositions. It was only a matter of time before the duo-into-trio transformation became official. It was a matter of making a record. Which they’ve now done. As a trio.